Partisanship is not only about feeling close to but also about rejecting political parties. To test this idea, Carlos Meléndez and WZB Democracy guest researcher Cristóbal Rovira Kaltwasser measure positive, negative and anti-establishment political identities in contemporary Chile and they find out that by examining these different types of partisanship one can get a much more accurate picture of how voters relate to the political world. 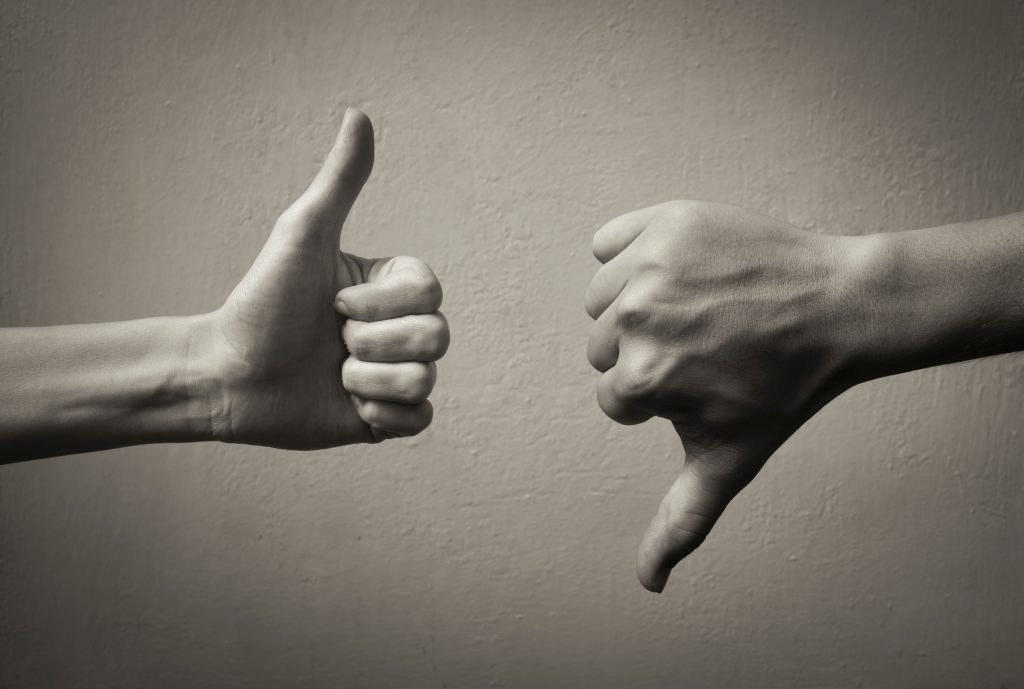 Political identities are crucial for understanding electoral behavior: individuals who identify with a political party behave as loyal supporters who would hardly vote for competitors old or new. Although this is an obvious observation, pundits and academics alike have a tendency to consider only positive identification, i.e. the extent to which individuals have a psychological attachment to a specific political party. However, it is also relevant to examine negative identification, which refers to a psychological repulsion for a political party. As Medeiros and Noel have indicated, negative party identifications are the “forgotten side of partisanship.” Their existence may have significant consequences for electoral and political behavior, especially in a context where positive party identifications are declining or in flux.

Positive and negative partisanships should be treated separately for at least one significant reason: research into political psychology reveals that negative feelings are received and processed differently than positive ones. Therefore, negative partisanship may be more powerful than positive identification and may have different consequences for explaining political behavior. This means that negative identities are not simply the opposite of positive identities. After all, it could be the case that voters dislike one specific identity in particular without necessarily adhering to the opposite political identity. For instance, it is not far-fetched to suggest that Emmanuel Macron obtained approximately 65% of the vote in the second round of the 2017 presidential elections in France not because a majority of voters were loyal supporters of him and his party, but rather because a vast portion of the French electorate held a negative political identity toward the other alternative: Marine Le Pen of the French National Front.

When disaffection from established political parties increases, voters with negative identification may exceed those with a positive identification without necessarily bolstering its rivals’ support or implying the automatic surge of alternative political forces that capitalize on citizens’ dissatisfaction. Yet, the most challenging scenario occurs when negative identifications converge and voters end up rejecting all existing political parties. This kind of discourse can crystallize into a sort of “master frame” that can be thought of as an anti-establishment political identity. Take, for instance, the case of Venezuela in the 1990s. This country was characterized by the existence of a highly institutionalized two-party system, which over time became increasingly corrupt and detached from civil society. As a consequence, the two established parties (Acción Democrática and COPEI) experienced growing difficulties winning the hearts and minds of voters, facilitating the rise of Hugo Chávez, a populist outsider with a radical discourse against “the establishment” and who ended up constructing a new political regime in the gray area between authoritarianism and democracy.

By looking at these different types of partisanship (positive identity, negative identity, and anti-establishment identity), and lack of it (apartisanship), one can get a more accurate picture of how the electorate is structured. To test the validity of this proposition, we have developed a set of items to measure these four different types of political identities and we included them in a face-to-face national survey in Chile (N = 1302). Before showing the empirical results, it is important to mention two specificities about the Chilean context. On the one hand, post-democratic Chile is normally portrayed as a “poster child” for political stability and economic modernization. The political game is dominated by two political coalitions, which have fostered a process of political alignment along the left–right axis of programmatic competition. On the other hand, the two dominant political coalitions are having growing difficulties winning over voters. Although it is true that they dominate the political game, it is important to recognize that positive identification with them has been declining quickly (see figure 1). Whereas in the mid-1990s, 35% and 15% of the population identified with the center-left and center-right coalition, respectively, this number declined to 17% and 11% in 2015. Looking at it from the other direction, from the mid-1990s until today, the number of voters who do not identify with any political coalition in Chile rose from 38% to 60%. 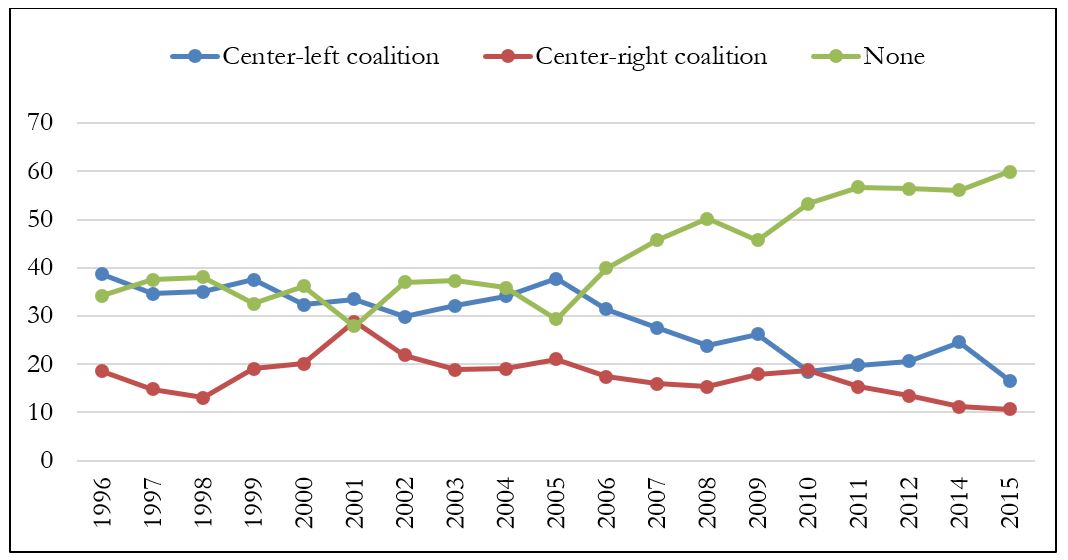 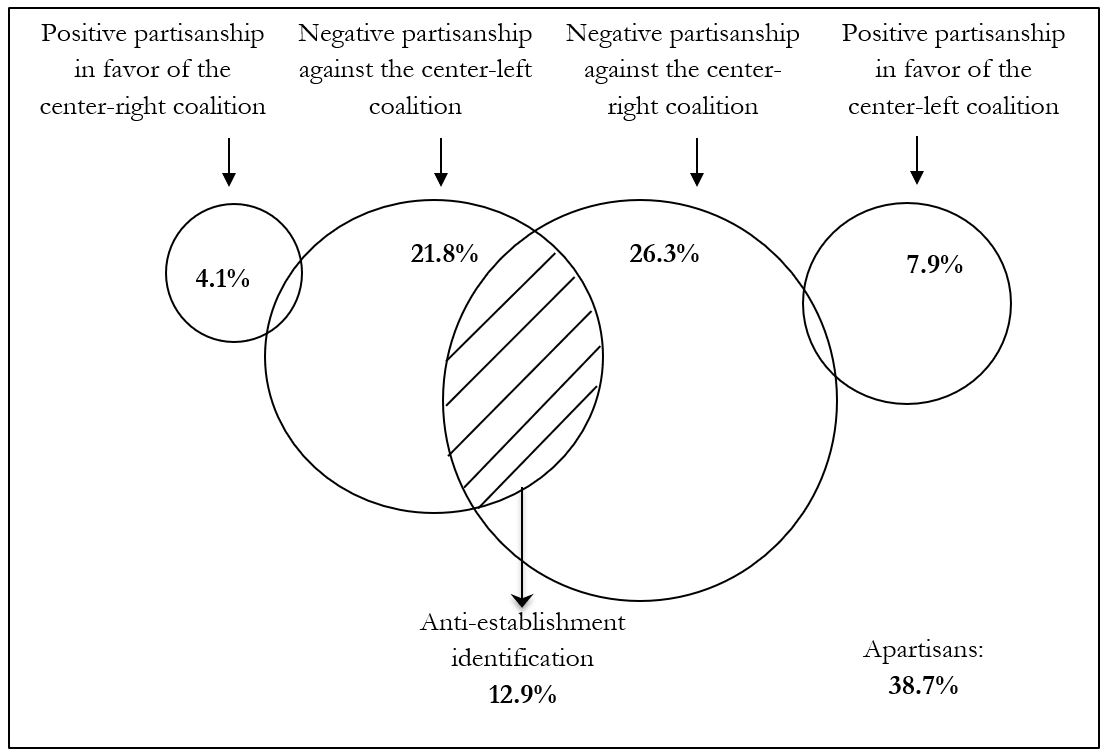 Figure 2: Different types of partisanship and their relative size in contemporary Chile
(in percentage; data from the 2015 Universidad Diego Portales national survey)

Although it is true that the data we present here is only for one country, we are of the opinion that one can draw at least three important lessons from these findings. First, there is a growing amount of scholarship on democratic malaise across the world, which usually argues that political parties are losing their capacity to represent the ideas and interests of the electorate. While we share the general idea that political parties are under stress in various countries and world regions, we think that to better understand the role of political parties today it is crucial to examine both positive and negative partisanship. While the former denotes voters who are loyal supporters of a given party, the latter refers to voters who reject a specific party. As the data for Chile shows, by considering these two sides of partisanship, it is possible to get a much more accurate picture of how people relate to the political world. In fact, positive partisanship is not particularly strong, but 26.3% of the electorate has a negative identity towards the center-right coalition and 21.8% of the electorate has a negative identity towards the center-left coalition.

Third and lastly, this operationalization of political identities allow us to distinguish that a large segment of the Chilean electorate can be seen as apartisans (38.6%). These are citizens who lack any type of identity with established parties and who are politically disengaged. Not by chance, turnout levels in Chile have been diminishing at fast pace (approx. 50% of the electorate participated in the last presidential elections). Moreover, our study shows that apartisans are notoriously different from anti-establishment identifiers. While the former tend to reject any type of political appeal, including populist ones, the latter are easily attracted by populism. Overall, our study allow us to understand how political rejection can craft political identities that are frequently ignored by the specialists, frequently focused on the positive side of partisanship.

Medeiros M and Noel A (2013). The forgotten side of partisanship: negative party identification in four Anglo-American Democracies. Comparative Political Studies 47(7): 1022–1046. 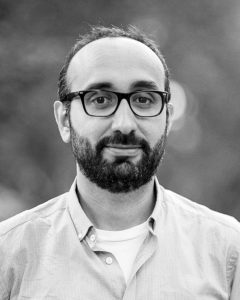 Cristóbal Rovira Kaltwasser is professor of political science at Universidad Diego Portales in Santiago de Chile. He is the coauthor, with Cas Mudde, of “Populism: A Very Short Introduction” (Oxford University Press, 2017) and has published articles on populism in several journals, including Comparative Political Studies, Democratization, Government & Opposition, and Political Studies. Email: cristobal.rovira@mail.udp.cl

Carlos Meléndez is a post-doctoral researcher at Universidad Diego Portales in Santiago de Chile. He holds a PhD from the University of Notre Dame and is working on a research project on negative partisanship in comparative perspective. Email: carlos.melendez@mail.udp.cl