Populism is one of the most defining elements of contemporary politics, but how do we avoid the danger of conflating populism with nationalism, racism or even fascism? WZB visiting researcher Lazaros Karavasilis examines the differences that exist with populism and other –isms, while suggesting alternatives for the improvement of studying populism.

END_OF_DOCUMENT_TOKEN_TO_BE_REPLACED 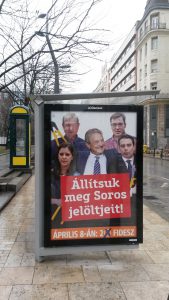 END_OF_DOCUMENT_TOKEN_TO_BE_REPLACED

The recent electoral decline of social democratic parties has sparked a
debate about potential reasons for this development. This debate largely focuses on supposedly declining mainstream left support among the working class. However, in order to fully understand the electoral dynamics of social democratic support, it is crucial to take the preferences of the educated middle class into account. Following Brexit and the election of Donald Trump, parties of the mainstream left necessarily need to provide open, universal and pro-EU platforms to appeal to this group. If they do not, then this can have grave electoral consequences. Recent developments in the Netherlands, France and Germany illustrate this dynamic argues Tarik Abou-Chadi from Humboldt University Berlin.

END_OF_DOCUMENT_TOKEN_TO_BE_REPLACED

The online publication the Conversation recently started an informative and interesting series on the phenomena of populism.

The series also includes contributions and analysis from members of our research unit on democracy and democratization at the WZB.

In the latest post of the series, which sets out to explore the origins of the rise of populism and its complex relationship with democracy Thamy Pogrebinschi, John Keane and Wolfgang Merkel contributed their perspectives on the recent or not so recent development of rising populism in democracies. Below you will find the short contributions of the three. If you are interested in what the other contributers had to say you should check out the above hyperlinks to the original post on the Conversation.

Thamy Pogrebinschi sets out to differentiate variants of contemporary populisms and concludes that rather than an ideology populism itself serves as a politically empty cocoon that ultimately is characterised by its appeal to popular souvereignity and actually points to the underlying problematique of capitalism and democracy. She writes:

The concept of populism is highly contestable, but clarifying the difference between its left-wing and right-wing variants is both the best and the worst starting point for making sense of its contours.

Populism is not an ideology. Yet populism of the left and populism of the right produce different sets of ideas, identities and effects. Populism can be so politically empty that it joins forces with ideologies as different as socialism and nationalism. Populist discourses can thus favour exclusion, or inclusion.

In both cases, however, the appeal to popular sovereignty exposes the deep tension between democracy and capitalism. We should therefore care less about definitions, and ask the real question: is representative democracy now so overshadowed by capitalism that it is no longer able to make room for the popular sovereignty upon which it was founded?

John Keane highlights the historical dimension of the complex and problematic relationship between democracy and populism going back to the greek concept ‚dēmokrateo‘ concluding that what is necessary to tackle today’s populist movements is a radikal egalitarian and redistributive turn in order top restore faith in our democracies. He writes:

Ancient Greeks knew democracy could be snuffed out by rich and powerful aristoi backed by demagogues ruling the people in their own name. They even had a verb (now obsolete) for describing how people are ruled while seeming to rule. They called it dēmokrateo. It’s the word we need for making sense of the contradiction that cuts through contemporary populism.

Populism is a democratic phenomenon. Mobilised through available democratic freedoms, it’s a public protest by millions of people (the demos) who feel annoyed, powerless, no longer “held” in the arms of society.

The analyst D W Winnicott used the term to warn that people who feel dropped strike back. That’s the populist moment when humiliated people lash out in support of demagogues promising them dignity. They do so not because they “naturally” crave leaders, or yield to the inherited “fascism in us all”.

And in contrast to the 19th-century populist politics of enfranchisement, today’s populism has exclusionary effects. The dēmokrateo of it all isn’t stoppable by anodyne calls for “dialogue”, or false hopes populism will somehow burn itself out. What’s needed is something more radically democratic: a new politics of equitable redistribution of power, wealth and life chances that shows populism to be a form of counterfeit democracy.

Once upon a time, such political redistribution was called “democracy”, or “welfare state”, or “socialism”.

Wolfgang Merkel argues that the emerging right wing populism in Europe has three main causes: (1) discontent with European integration; (2) economic exclusion; (3) disaffection and fear of influx of migrants. He thus sees the rise of right wing populism as a rebellion of the disenfranchised and concludes that politicians from established political parties should aim to listen to the disenfrenchised and grant them a voice. He writes:

Things are less clear when we try to explain the rise of right-wing populist parties. People who belong to the enlightened, cosmopolitan, middle and upper classes often argue that right-wing populism is the result of a demagoguery that is especially attractive to uneducated people from the lower classes. This explanation is not just inadequate; it bespeaks arrogant ignorance.

Right-wing populism in Europe has three causes: a general discontent with European integration; economic exclusion; and disaffection and fear of a large influx of migrants and refugees. Large swathes of the lower middle class complain of their exclusion from public discourse. The neo-liberal version of globalisation and the general failure of the moderate left to address the distributive question have created feelings of impotence and marginalisation among the lower classes.

Right-wing populism is thus a rebellion of the disenfranchised. The establishment parties have arguably committed serious political errors. It’s high time that they leave their fortress of normative arrogance and grant a democratic voice to the non-represented. If they fail to do so, right-wing populists will transform our democracies: they will become more parochial, intolerant and polarised.

The Conversation kindly allowed us to repost the above statements. Here is the link to the original post.